It occurs to me that the rest of this site does not present adequately my life in quantitative things. I hope this page rectifies that.

My PhD was in Mathematical Modelling in Epidemiology. In my dissertation, I developped an age structured model of disease propagation that I then used to analyse various immunization strategies for combatting children's diseases, in particular, measles. From there, I worked in mathematics departments at Cornell College in Iowa, the College of Charleston (now University of Charlestion, I hear), and Bradley University in Peoria.

While at Peoria, I became a tenured Associate Professor, obtained a Fulbright, and was invited to the University of Tübingen for a sabbatical in the Institut für Medizinische Biometrie in the Medical School there. While at Tübingen I worked on models of the spread of HIV and various intervention strategies.

One of my activities at Tübingen was statistical consulting for the researchers in medicine. I like it so much that, when I saw an ad for a Biostatistician in Paris, I applied and took a job at Synthélabo Recherche.

Those were the days, my friend. At that time, there were only statisticians. It was just before the creation of the departments of Statistical Programming and Data Management, so the statisticians had to do it all.

I learned a lot in those days.

After my wife's company was swallowed by Bristol-Myers-Squibb, she had to find a job. There were none available in Paris at that time, so we both took positions at Novartis in Basle. I had applied for a position in Statistical Quality Assurance, but my wife wanted that one, so I took one in Clinical Pharmacology and Phase I.

For three years, I worked in pre-clinical and phase I. During this time, I was named "Pride Statistician", a designation for a small group of statisticians who helped decide on the molecules to be taken into the "first in man" studies. I also developped the first Standard Operating Procedures for the Validation of Statistical Programming.

Also during the first Novartis tour, I had worked at night to obtain an MBA. After completing it, I took a job at Boomerang Pharmaceutical Communications where I became Director of Business Initiatives. My most successful initiative was a system of online recruiting of patients into clinical trials. This activity actually saved the company from the "dot com" crash, but it didn't save me. I was let go due to the company's financial exigency.

It is a little known fact that my original intent in creating my company was to do data mining (and usability studies). The "Germinal" in the name comes from the book Germinal by Zola which is about miners.

In spite of the emphasis on human development that has evolved in the company, I have done several projects of a statistical nature:

In 2008 I was called back to Novartis as a statistical consultant, first for a six month full-time contract, then for other individual projects. I worked for Novartis Oncology in their statistical group dedicated to planning first in man trials. In addition to checking statistical analysis plans, report plans, answering FDA questions, etc. I did clinical trial simulations in the programming language R.

The final project that I did for Novartis Oncology, so far, is to develop an online interactive platform for the Baysian calculations they do for estimating toxicity in the first in man studies. The second tour at Novartis ended in 2011.

The wonderful days of Hexal

Return to the pharma industry; This time at Hexal, GmbH in Germany. Hexal belongs to Sandoz and specializes in Biosimilars. I participated in an American submission and an European one. The last part of this contract was an exploration, or, say root cause analysis, of a study that had unexpected results. This period of "statistical free association" allowed me to bring together most of the statistical methodologies I had used in my life, and more. It was a statistician's dream.

Excursion into the Cigarette Industry

One of those outsourcing stories ended my career at Hexal through no fault of my own. Philip Morris International, one of the largest cigarette producers in the world, has developed an apparatus that reduces the toxins in cigarette smoke by around 90-95%. They want to investigate whether or not the health problems associated with cigarette smoking are correspondingly reduced. I thought to myself "It's kind of like methodone programs for health addicts - Something that would help them reduce their dependency and possibly quit.

I met a lot of nice people. It was a bit too far afield of my "pharma upbringing", so I decided to move on.

Back to Pharma: Takeda and Sanofi

I have now been back in the pharma industry for more than four years, first in gastroenterology at Takeda and then at Sanofi in Chilly-Mazarin outide of Paris.

Synthélabo, my first employer in pharma, is now part of Sanofi, so I felt like I had returned to my roots.

Since 2019 I have been retired and life is wonderful. Nevertheless, I could not resist the temptation to keep on doing biostats and signed a contract with Vaderis, a biotech in Basel. Life goes on...

Here are some of the products I have worked on during my pharma career.

If ever I get nostalgic for the pharma industry, I can watch the following video:

If you know who did it, please tell me. I would like to cite them and get permission to show it:

To keep my hand in statistics between pharma contracts, I make statistics related Websites. Here are a couple you may find interesting :

Free Statistics for Everybody - a site for introducing some of the basic statistics and programming (R and SAS) used in clinical research.
PKPD - Differential Equations for the Pharmacokineticist. 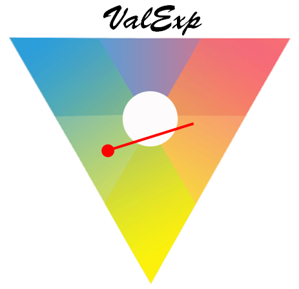 Artisan of Peace
Discover your
style of conflict: Click here for a free assessment